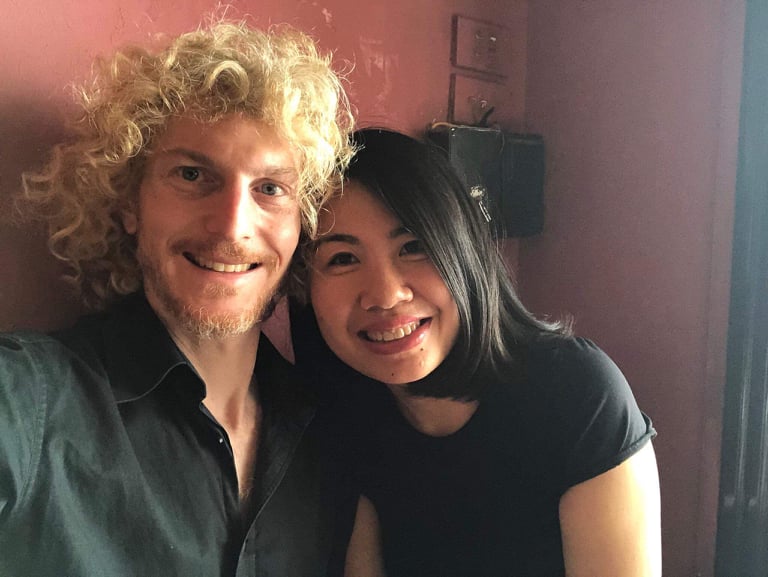 They had gone to the cinema with a group of their colleagues but, shortly after finding seats, they peeled themselves off from the pack.

“Ngan said she couldn’t see,” James recalls. “So I volunteered to sit with her closer to the screen.”

That was all it took, although there were signs before.

“It didn’t come out of nowhere,” he says coyly.

In the months following that one day in Ho Chi Minh City, James and Ngan’s relationship blossomed.

They spent almost all of their free time together traveling around Vietnam, sipping coffee in cosy cafés, and cooking romantic dinners for themselves.

They were very much falling in love, blissfully unaware of what fate had in store.

When the first COVID-19 cases were reported in Wuhan, China, Ngan and James had been working together for almost a year at the head office of an international NGO in Hanoi.

James had been assigned his role as part of an international aid program. It was a one-year assignment set to end in March but it was his plan to start a second one-year assignment almost right after. This, however, would require a brief return to Australia.

As such, in February, just before the Tet holiday in Vietnam, James boarded his flight home.

The plan was to spend a week or so visiting family and friends, before traveling on to Argentina for work, and then finally returning to Hanoi.

COVID-19, however, had other ideas.

In mid-March, as the pandemic spread further and faster, James’ international aid program was suspended with him still in Australia.

“There was an email that went out to everybody that basically said that they weren’t going to mobilize anybody, any new people… and then a couple of days later, they said, they’d send everybody home as well,” James says.

Shortly after both Vietnam and Australia introduced travel restrictions that would see Ngan and James’ relationship turned upside down.

“Long distance is not what we’d sort of started with,” says James. “Neither of us would have seen this coming.”

Breaking the news to Ngan was tough and the initial stages of their redefined relationship were not easy.

“The first two or three weeks was a bit difficult when the situation was unclear,” Ngan says.

News was coming thick and fast and both the Australian and Vietnamese governments were updating their rules and restrictions almost daily.

When things settled down, however, and the reality that it may be a long time apart became clear, Ngan says it was somewhat of a relief.

“When I accepted that, then I felt not okay, but I felt calmer and less stressed. I started to focus on how to make each other happy and how to make things work when we are not close to each other.”

Ngan says, they took to virtual dates and started calling each other almost every day. In some ways, she says, it has strengthened their relationship.

“I think that we talk more than we actually did in Vietnam together.”

However, this does not exactly compare to how it was before.

“I still miss being able to go out with him,” she says.

Ngan and James’ situation, sadly, is not unique.

“That’s the case with many of the clients I’m dealing with,” says senior psychologist Matthew Ryan.

Ryan’s practice in Tay Ho, Hanoi specializes in relationship counseling. He has over 30 years of experience.

He points out that long distance relationships are not a new phenomenon. However, he does note that these are ‘enforced’ separations and so the circumstances are somewhat exceptional.

“It’s different. It’s a different experience. And in fact, in some ways… it tends to be more painful because it’s not chosen.”

That said, he also points out that in some ways, in these circumstances, it’s easier to maintain a long term relationship. Fidelity is not as prominent of an issue as it might otherwise be.

“With most countries being shut down, there’s not a lot of temptation out there… to go wandering because everyone’s locked down.”

That, however, is not to minimize the impact of long-term separation. He says it can still be a painful experience although there is a silver lining.

“This is the pain they’re experiencing together. They’re not inflicting it on each other… So there’s that sense of solidarity in one suffering, which can be a really beautiful, painful, but beautiful way of connecting and it’ll be something that they’ll be able to treasure for a long time.”

“I think we’ve come to terms with it and accept that this is part of our story now.”

That said, neither Australia nor Vietnam has set a date for when commercial flights between the two countries might resume.

Therefore, this part of Ngan and James’ story could be a long one. 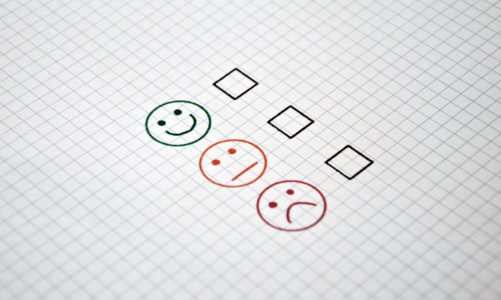 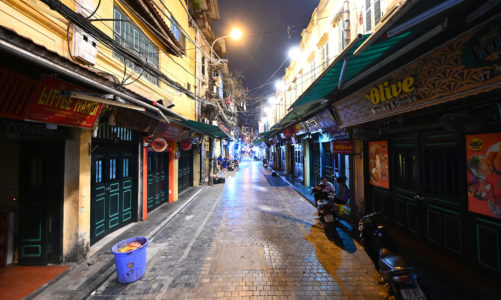