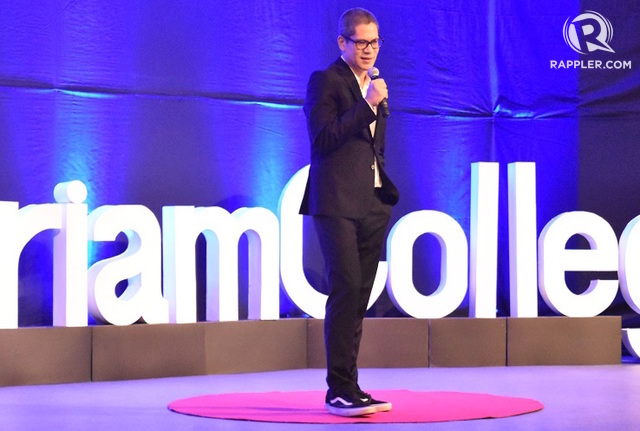 MANILA, Philippines – It was all about getting back to the “roots” or “rediscovering who we are as individuals” on Saturday, March 5, at Miriam College’s first TEDx forum.

The concept was simple and provocative, and the ideas it brought up came thick and fast with 7 speakers taking to the stage from the worlds of media, academia, and the arts.

Each put their own twist on the topic and had a unique story to tell.

For student Madee Zuniga, it was a great experience. “The talks were enlightening,” she said.

Her standout performer was sociology professor from the University of the Philippines Diliman, Andrew Evangelista.

“You have to decide to be beautiful and worthy,” he told the audience. “Ugliness,” he went on, “only exists because… segments of society decided beauty was limited.”

Oreta made the audience chuckle by performing her poem “Struggle”. She then took it down a notch with “Hindi Namatay si Rizal para Lumandi Ka” (Rizal Did Not Die for You to Flirt).

This was followed up by Meets who urged the audience to write.

“Writing is the the most honest conversation you will ever have with yourself,” she asserted.

She then went on to finish her talk by reciting her piece “Pin Drops of Silence.”

Another speaker was Psychology Professor Ronaldo Montilla, who said setbacks were inevitable but that they could be overcome.

“There will always be a bouncing back,” he said, “if you choose to.”

“A slip and a fall can happen anytime,” she said, “it’s up to you what you do after.”

By picking yourself up, by being strong, “you can be a crutch to others.”

Physicist Maricor Soriano took it to the scientific realm with her efforts to find “local solutions to global problems.” She shared how she developed a cheaper, more accurate, and effective means of marine resources mapping.

Founding editor of Esquire Philippines Erwin Rimulo agreed that “accepted wisdom” is not always right or that the way things have always been done is not necessarily the way they should still be done.

“Fight the power and find out for yourself,” he urged the audience.

Other topics that were tackled included early childhood education with Trixie Sison, who outlined the impact of unrealistic expectations on young children.

“To expect all students to be intellectually gifted,” she said, “is the greatest injustice of all.”

For Sison, children need to be treated as individuals when it comes to education – one size does not necessarily fit all.

Rounding up the event was Father Xavier Alpasa, one of the 3 TEDx fellows in the Philippines.

He pointed out that power is not only confined to wealth and physical strength but also “numbers, social norms, and ideas”.

The event was hosted by Towpy Tejano and Miriam College’s CC Coscolluela.

TEDx Miriam College was the first of two TEDx forums to be held in Quezon City this month. The second is scheduled for March 13 at the Ateneo de Manila University.

TEDx forums have become increasingly popular around the world. The TEDx library currently contains more that 30,000 videos from 130 countries. 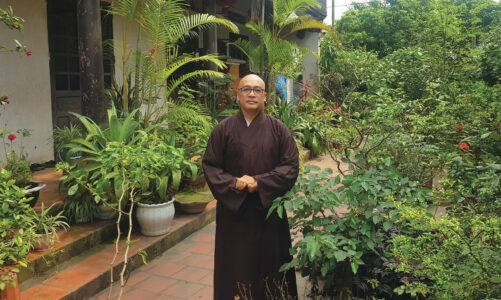 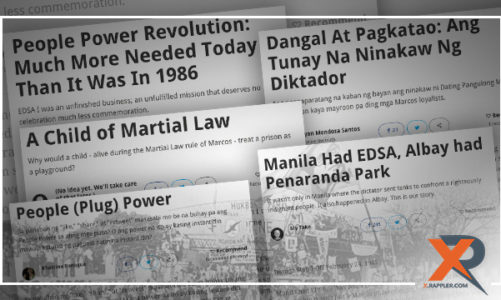